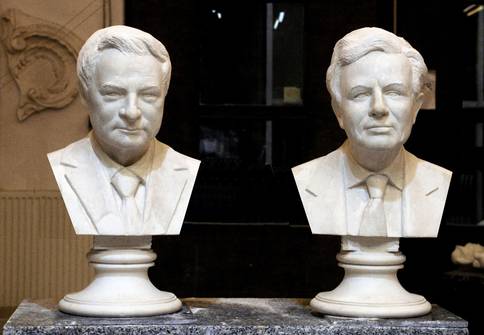 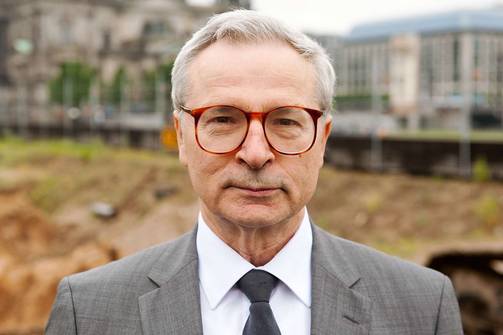 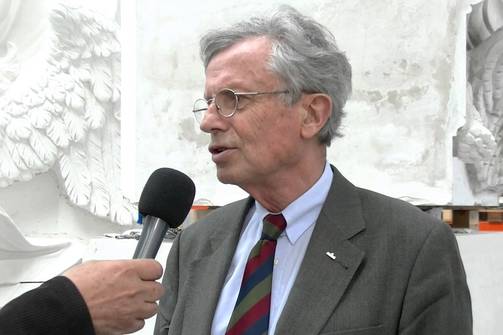 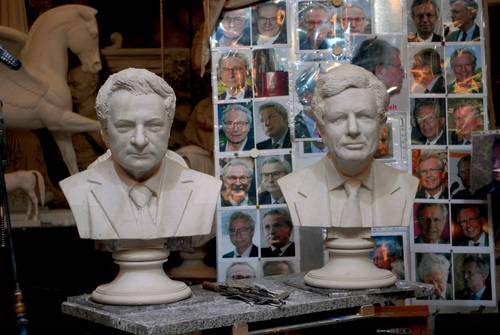 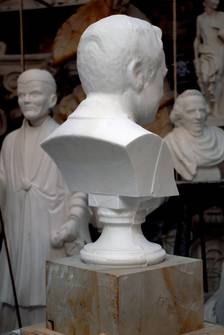 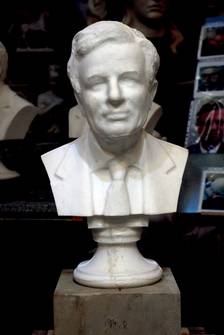 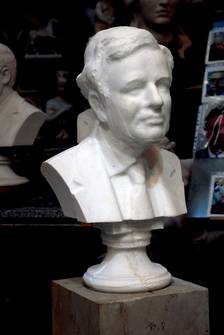 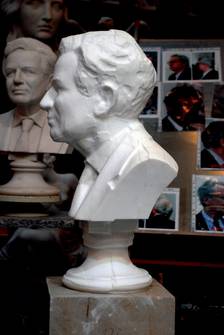 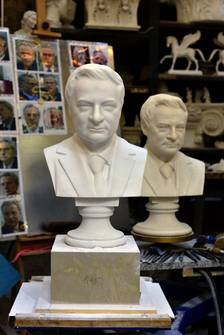 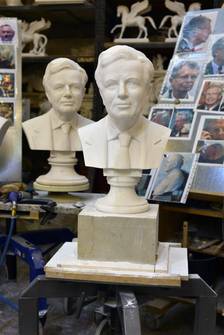 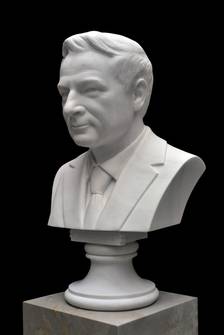 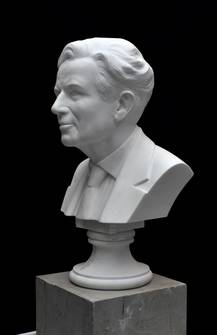 To tribute the initiator of the  Berlin City Castle project, the patron Mr PhD Martin commisioned marbel portaits of „Wilhelm von Boddien“ and „Franco Stella“. As a surprise, the busts were inaugurated in castle Hohenschönhausen in march 2017.

The models for the busts originated after a scan of the living persons and pictures. During the formation process, the comments and corrections of persons who are close to Wilhelm von Boddien and Franco Stella, helped to refine the personel charcter and expression.

The plaster models got scanned and in Bamberg, with CNC technology, shaped into marbel. The finishing was done in my sculpture workshop in Berlin.

The busts will be on display for the public in the interior of the Berlin city castle.